Things Actors Should Never Do

Cultivate a life that isn’t focused around complaining. I once watched someone agonise about choosing between two of the best acting agents in the country, almost to the point of tears. It’s an important decision, but whichever decision you make is a great one! Complaining wastes energy and people won’t want to work with you.

Actors must always be contactable. If you are represented, make sure that your agent has all of your contact details including phone, email, home address, and your emergency contacts. If you a freelancing, make sure your casting profiles have your current contact details. I learnt my lesson a few years ago when my agent called my girlfriend about an audition. Never be out of reach.

3. Say no to helping a friend

Monologues and showreels should remain in the private section of Youtube and Vimeo. Have them on your casting profiles, but don’t post your latest monologues/scenes to Youtube and especially not to Facebook. If you’re desperate make a short film and then go nuts!

Yes, I see the hypocrisy, but seriously your public image is important. You want to keep some mystery as an actor. If you are a poet, musician, writer, please share. Make a blog, Facebook page, the whole deal. But unless you have a knack for writing we don’t want to hear the ‘weekly updates of me trying to make it in LA!’

Unless you are working consistently as an actor consider whether it’s worth getting an acting Facebook page. If you write, or produce work then do it, but your friends don’t want to see your latest headshots or photos of you learning your lines in cafes. 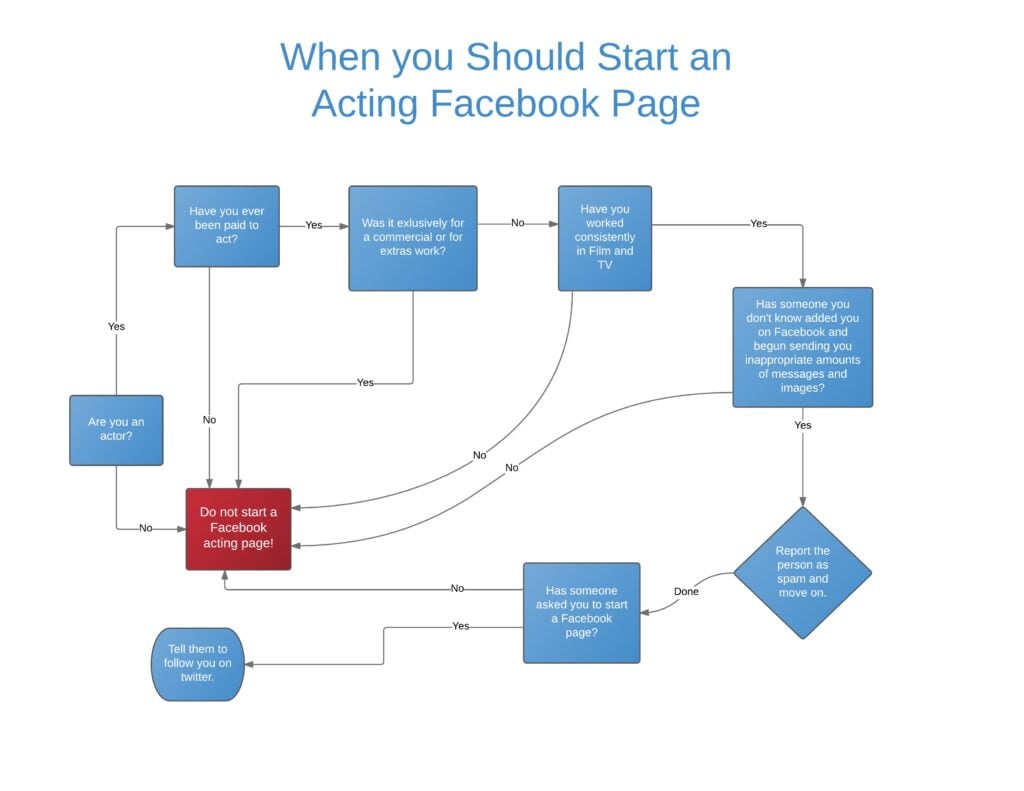 I went down this rabbit hole myself. Actors are sensitive. If you’re an actor don’t piss other actors off. Critiquing the people you are trying to work with and for isn’t the best move.

8. Pay money to an agent

Agents should never charge for their services. They take a cut of your work, that is all. They may recommend a headshot photographer or that you sign up to particular casting directories, but don’t ever pay your agent.

Many actors have this notion that because they spent three or four years training as an actor they have to be actors forever. If the lifestyle isn’t for you, there’s no shame in throwing in the towel. I interviewed Lee Lewis, an incredible theatre director, and she spoke about how the reality of being an actor is just not for everyone. If it’s just not your cup of tea no shame in throwing in the towel.

10. Get swallowed by cults

I am an advocate for ongoing training, but there are many actors who get swallowed up in a cult like obsession with acting teachers (gurus!). Having role models and being inspired by teachers is great. But remember to balance how much your are paying for classes with how much you are working as an actor. You are a business, so some initial investment is fine, but don’t get stuck paying to play.

As with point 9, it’s great to have people to look up to, but you can’t live someone else’s career. It is unpredictable being an actor, so don’t think that there are patterns that you can just copy. ‘They got a headshot from so and so, and then landed that gig, so maybe that’s what will get me my next role’. Work on your craft and look for opportunities that resonate with you. 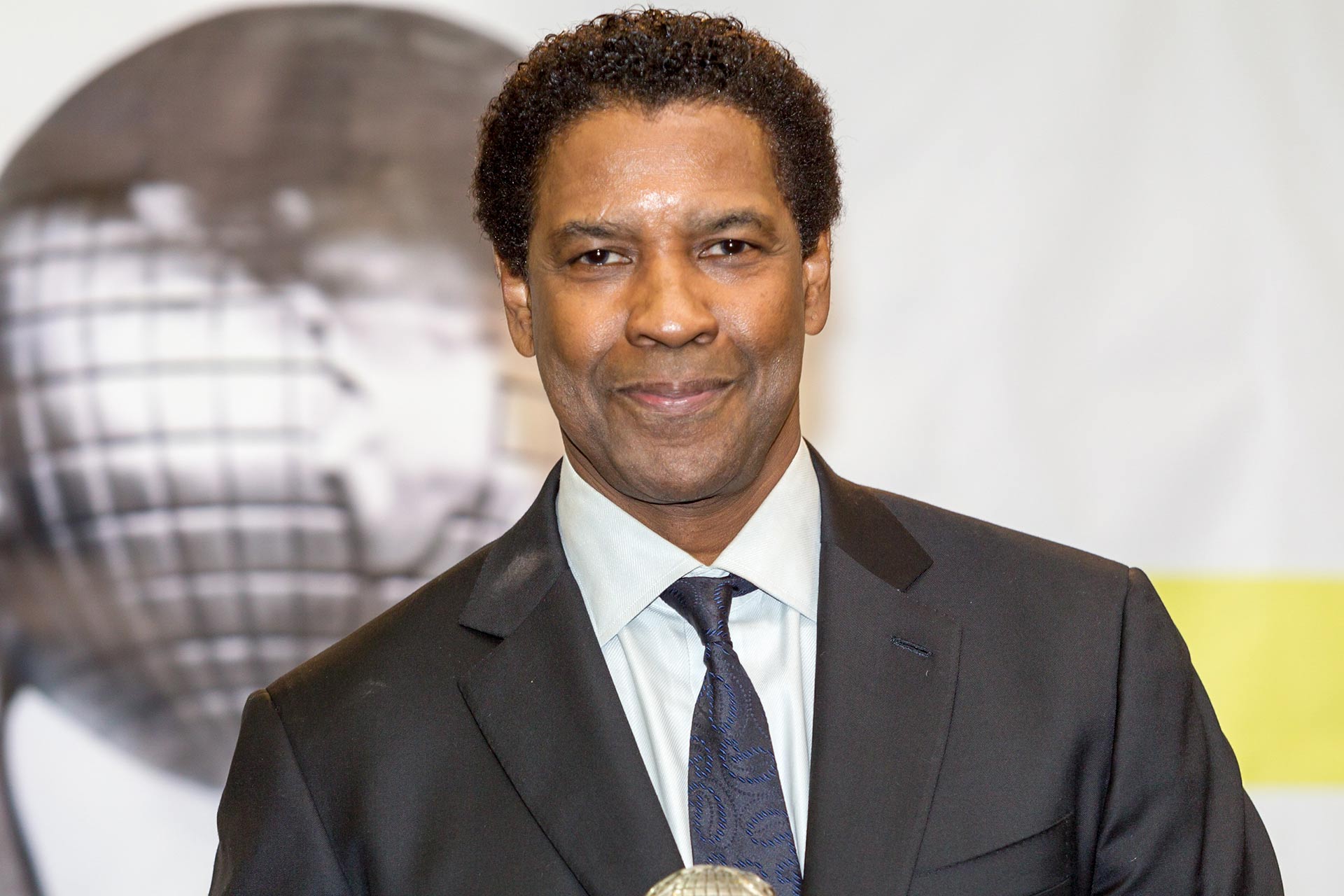 You take yourself and your acting career really seriously, and that’s great. But it doesn’t mean that you can be a jerk to everyone in your life. It’s not your mum’s fault you didn’t get the part. It’s not your partners responsibility to learn your lines for you. You played a bit part on NCIS… that doesn’t mean you don’t have to to pay your rent!

I have said it before, but I have to say it again. Never be late! A professional has to be able to be on time. It’s that simple. If you can’t be on time, you’re not a pro.

14. Ask for another take

If the director or casting director has said they have got what they need, you should not ask for another take. If you do, make sure you show something different. On set you are asking the entire production to wait while you do another take – so you better make it a good one. 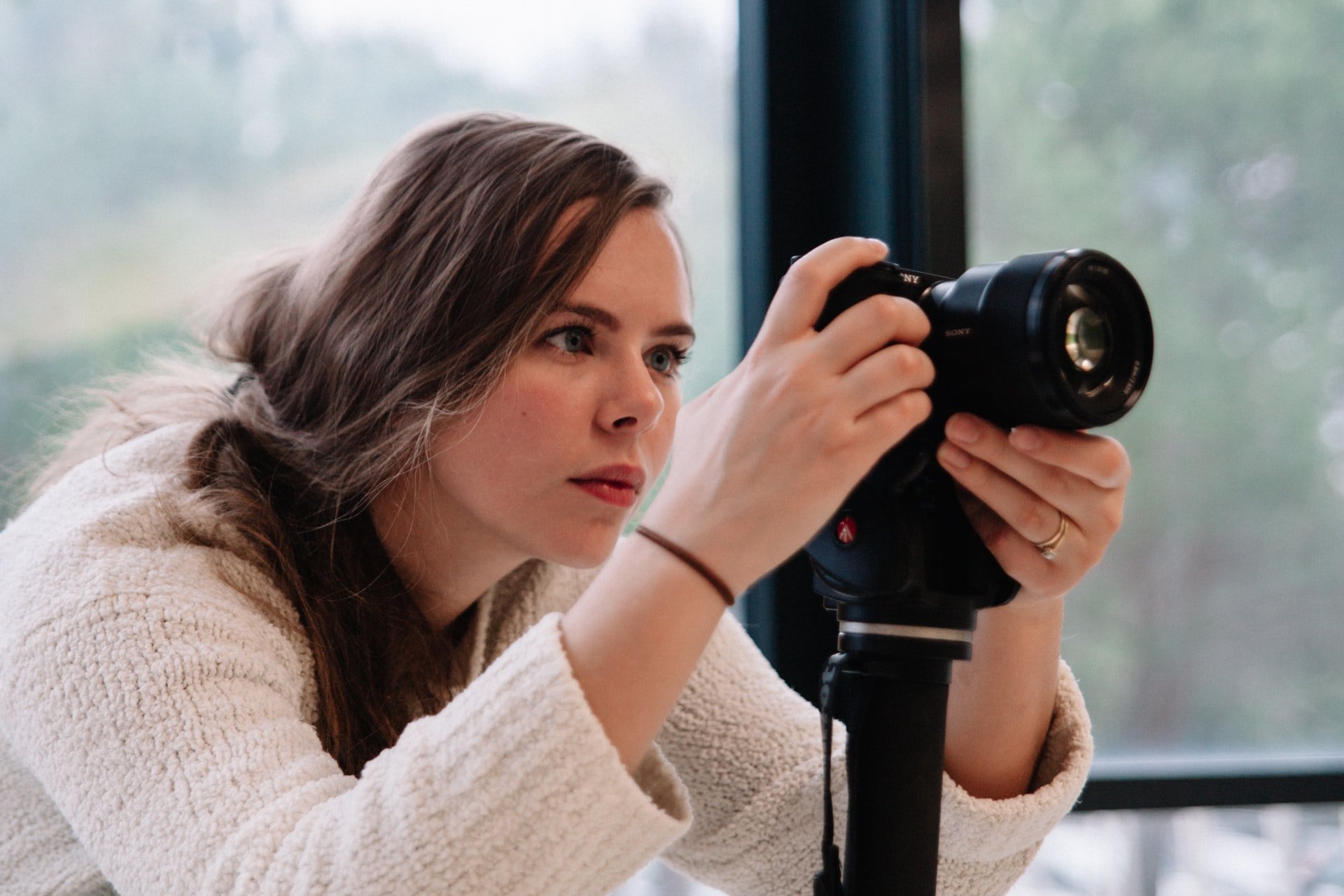 15. Give away perpetuity rights

Your work is your work. If people want to use it, they should pay. Unless you are being paid literal millions, you should not sign away the rights to your image in perpetuity. Have faith that your career is trending upwards, and maintain control of your work. You don’t want a company to be able to re-use your toothpaste commercial after you win an oscar. Always check with your agent or union if you are worried about issues with contracts, that’s what they are there for.

Work. Work. Work. Being broke is the worst. Being a broke actor will mean you take work for the money. Work that you don’t want to do, that you won’t be proud of, and won’t progress your career. Put some money away for a rainy day and always choose work for it’s merits, not for the money. Good jobs for actors…

Never audition when you are sick. Or at least while you are contagious! I know it seems like a good idea at the time. You don’t want to miss out on an opportunity of a lifetime. But guess what? Casting directors and readers are people too – and they get sick… Ask yourself: Do I want to be remembered as the actor that gave a casting director a cold? No? Then don’t audition while you are sick. Send a self test instead!!

Insert all the clichés here: Acting is reacting. Acting is about relationships. Acting is listening. Acting is about trying to achieve objectives etc. etc. Actors should never act on their own because they can’t. Unless you are in a room, on your own, pretending to be someone or something you are not. In all other cases you are acting with other people (or the camera, and through the camera an audience.). Sure, you can ignore the people around you, but that needs to be a character choice – and that character choice needs to serve the story.

19. Tell other actors how to play their part

This happens all the time, especially in theatre. Actors often rehearse their part in a certain way in private, making assumptions about the way the other actors will perform, only to find the other characters behaving differently than expected in the rehearsal room. If you find yourself in this situation you have two options. Option one is to tell the other actors how you think they should play their part. This option will lose you friends and work. Option two is to respond naturally, in character, to what you are receiving. This option will help you win friends and work. The second option will also allow the other actors to accurately gauge if their choices are correct. You never know, given time and support, they might find your interpretation.

20. Think they have the role

It’s natural to want to tell everyone that you are really close to securing a role. You have had two call backs and you agent sounds optimistic. But actors should never assume they have the role until a deal memo or contract is signed. I know it’s exciting! But you don’t want to have to take a trip to Texas, to hide the fact that you’re not on set.

Obviously this one is a bit tongue-in-cheek. We’ve tried to give you a list of what not to do, but of course, there are exceptions. Your unique qualities are what set you apart from the crowd. It’s impossible to follow every piece of advice, so use what works for you, and throw the rest away!